Baby boomers are currently the wealthiest generation across the nation. Aged between 54 to 73, they have years of hard work — and the savings to prove it — under their belt. Most baby boomers are beginning to be grandparents, as the baby fever spark is re-ignited among their millennial children. This places most boomers at a stage in their lives where they are seeking both comfort and peace. Often, this means downsizing.

Downsizing your home after retirement isn’t only a way to save money — it also prevents the strangeness of living in an empty house. It isn’t uncommon for parents to depress a little once they have become empty nesters; the constant reminder of absence is present every time they walk past certain rooms. If your children have left your home and you’re wondering whether you should move to a modern little flat or a smaller townhouse, you are not alone. Baby boomers downsizing is a global trend. Here’s what this means for the real estate industry.

Boomers Are Putting Their Homes Up For Sale

There are plenty of reasons to put your home for sale, but money is often the most significant motivation. Boomers are aging, and this usually means more bills. Boomers across the country have average savings of $152,000; however, 45% of baby boomers have none at all. This can be alarming, as medical expenses and children’s tuition begin to pile up for most adults around retirement age. For baby boomers, pensions and other retirement income often pale in comparison to the wages they have just relinquished.

Once boomers reach the average US retirement age of 62, they’ve likely paid off their mortgage. However, their home itself might have become their biggest bill.

With plumbing and roofing having limited lifespans, it isn’t uncommon for boomers to face challenging remodeling expenses early in their retirement. This can be highly disparaging, considering they have probably spent years paying off their homes. What better way to reward yourself for years of disciplined spending, budgeting, and scheduled bank payments, than cashing out on your most expensive bill? Boomers downsizing allows them to reap the fruits of years of financial responsibility while shifting the burden of remodeling projects to new buyers. Boomers Are Going Back To Renting

Renting is, to many, the lesser appealing alternative to a home purchase. However, for baby boomers, rent is often the logical option, because it doesn’t require the long-term contract mortgages entail. Rent also does not take a huge chunk from their savings all at once; if anything, it seems sensible, particularly when renting out their own homes provides them with a stable monthly income.

With the urbanization of towns across the country, condos and townhouses are being erected everywhere. This availability of choice makes downsizing for boomers appealing, especially when their rental provides added services, such as 24/7 security and/or elevators.

A Solution For The Housing Supply Shortage

While smaller dwellings are being built everywhere, there is a shortage of detached homes around the country. It has become increasingly difficult for many millennials to find a home fit to witness the growth of a family, because boomers are encouraged to stay in their homes as long as possible and only sell once it has peaked in value.

This approach isn’t exactly beneficial to the real estate industry; not only does it minimize commission earnings, but it also makes the American Suburb Model less appealing. Suburbs were once the symbol of the American dream; the white picket fence would witness a child’s first step, or their first time on a bike. However, suburb populations are getting older, which can be a deterrent to younger prospective home buyers.

Boomers are the most financially powerful demographic in the country. Therefore, many markets, including the housing industry, are dependent on their spending. Encouraging boomers’ downsizing is welcoming an increase in the housing supply, which may benefit American welfare as a whole. By moving into smaller homes, baby boomers are passing the mantle to the younger generations who are as avid as they were to find the space to create new family memories.

If you’re a baby boomer looking to downsize by selling your home, you can be certain that this is one of the most financially exciting times for you to do so. 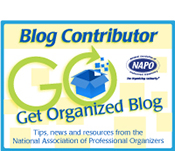